The Baka - hunters or poachers? - the film WWF doesn't want you to see

Humans did not accelerate the decline of the 'Green Sahara' and may have managed to hold back the onset of the Sahara desert by around 500 years, according to new research led by UCL.
The study by a team of geographers and archaeologists from UCL and King's College London, published in Nature Communications, suggests that early pastoralists in North Africa combined detailed knowledge of the environment with newly domesticated species to deal with the long-term drying trend.
It is thought that early pastoralists in North Africa developed intricate ways to efficiently manage sparse vegetation and relatively dry and low fertility soils.
Dr. Chris Brierley (UCL Geography), lead author, said: "The possibility that humans could have had a stabilising influence on the environment has significant implications. We contest the common narrative that past human-environment interactions must always be one of over-exploitation and degradation.

The Hlusko EDAR paper nicely agrees with what I wrote about Beringian bison hunters & Brazilian boaters.

I will be glad to attribute one factor about AMHs which comes from my study of Hardy-Morgan-Verhaegen hypotheses: I was able to determine that Proto-AmerIndians followed bison herds along Beringia, but the Melanesian-Andaman derived Surui et al of Brazil came by the Pacific coast, not in Beringia and not following the Equatorial counter-current.

Ross Clark at Sci.Lang:
That's a lot of "determining" there! It's heading off-topic, but it would be interesting to know how you determined some of these things, like:

Don't suppose you published any of these determinations? Did you inform anyone else, or are we the first?
---


Don't suppose you published any of these determinations?
---
My posting at Egyptsearch:

Near region of the "Melanesian" genetic trace:
(from 2015)http://www.sciencemag.org/news/2015/07/mysterious-link-emerges-between-native-americans-and-people-half-globe-away
-

Luzia et al ancestors were from a SEAsian-Papuan group that used bark-canoes (from Sago palm processing) riding the north Pacific Gyre of the warm-water Kuroshio current going up the Pacific coast when Beringia blocked today's cold Arctic current, northeastward-eastward (south of Beringia) then southward to California & Honduras to the equator where they met the northflowing Antarctic current and landed. AmerIndians arrived later from Mexico, their journey had begun earlier in Siberia. DD

The Hlusko article on EDAR's effects:

Exactly what insect did this damage to these 2 southern oak leaves? I figure a wasp laid eggs inside the leaves, the larvae have already left. I've seen oak galls on stems in the north, but these leaves seem to have been infested by a different species.  [Click image to enlarge] 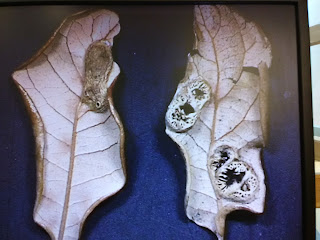 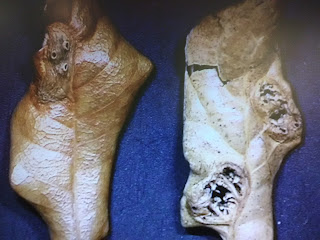 Any ideas of species?

!hxaro Reciprocal Exchange: From canteens to a pocketful of cash


In the 1950s Elizabeth Marshall Thomas became one of the first Westerners to live with the Bushmen of the Kalahari desert in Botswana and South-West Africa. Her account of these nomadic hunter-gatherers, whose way of life had remained unchanged for thousands of years, is a ground-breaking work of anthropology, remarkable not only for its scholarship but for its novelistic grasp of character. On the basis of field trips in the 1980s, Thomas has now updated her book to show what happened to the Bushmen as the tide of industrial civilization -- with its flotsam of property rights, wage labor, and alcohol -- swept over them. The result is a powerful, elegiac look at an endangered culture as well as a provocative critique of our own.

"The charm of this book is that the author can so truly convey the strangeness of the desert life in which we perceive human traits as familiar as our own....The Harmless People is a model of exposition: the style very simple and precise, perfectly suited to the neat, even fastidious activities of a people who must make their world out of next to nothing."

The basenji dog is a primitive canid, genetically wolf-like and has gestation once per year rather than twice like most dogs; yet its tail curls up tightly unlike any wolf or other dog. New article about 93 cuniform clay tablets found at Bassetki, an ancient Assyrian trading center, mentions that one tablet referred to a goddess Gula, who was always depicted with her hound at her feet, which looks like a basenji with curled -up tail.

Assyrian cuneiform clay tablets as they were discovered inside a clay vessel at the Bronze Age city site of Bassetki (Mitanni-Assyrian, Kurdistan, North Iraq)
-

It is not yet known if the tablets contain business, legal, or religious records. "Our philologist Dr. Betina Faist has deciphered one small fragment of a clay tablet. It mentions a temple to the goddess Gula, suggesting that we may be looking at a religious context," he adds.

Goddess Gula and her dog:

https://www.google.com/search?q=the+goddess+gula+and+her+dog&safe=active&tbm=isch&source=iu&pf=m&ictx=1&fir=nNBJNedmNZwGHM%253A%252Cq7av5KM4W9z9tM%252C_&usg=__Cn50XVpq_To6CWbM2ZgjOE_XnQU%3D&sa=X&ved=0ahUKEwjkrZipjozXAhULQyYKHUx-D5cQ9QEIOjAG#imgrc=nNBJNedmNZwGHM: https://www.pinterest.com/pin/315744623851606349/?autologin=true Picture of Basenji dog of Congo: http://dogtime.com/dog-breeds/basenji#/slide/1 Do you agree that Gula's dog portrayed a Basenji, and that breed ended up in Congo with Bantu agriculturalists via trade, along with Asian domestic crops? The intense work of reading and translating the 93 cuneiform tablets will begin in Germany Read more at https://archaeologynewsnetwork.blogspot.com/2017/10/archaeologists-uncover-cuneiform.html#33fyPj8O7kLjoolb.99 In recent months, the researchers excavated layers of settlement dating from the Early, Middle, and Late Bronze Age, as well as from the subsequent Assyrian period. "Our finds provide evidence that this early urban center in northern Mesopotamia was settled almost continuously from approximately 3000 to 600 BCE. That indicates that Bassetki was of key significance on important trade routes," Pfälzner says.

Following is my response to a blogpost by Andrew at his blog Dispatches from Turtle Island:  http://dispatchesfromturtleisland.blogspot.com/2017/06/one-guys-ideas-about-links-between.html?m=1
Also  some notes from Nirjar's blog by Kyriakos S. and discussion with Rybo at Synergeo forum: https://groups.yahoo.com/neo/groups/SYNERGEO/conversations/topics/72628;_ylc=X3oDMTJyMTU2Y3ZkBF9TAzk3MzU5NzE1BGdycElkAzE2NjA1NDYEZ3Jwc3BJZAMxNzA1MDA3NzA5BG1zZ0lkAzcyNjI4BHNlYwNkbXNnBHNsawN2bXNnBHN0aW1lAzE0OTcxNDU2NjU-

Taro has arrow-shaped leaves. Sparrow in flight is aero.

Note: 12 plates subdivide Earth at equator, with one additional south pole plate. (I modified the map, adding the equatorial numbers. Click to enlarge) 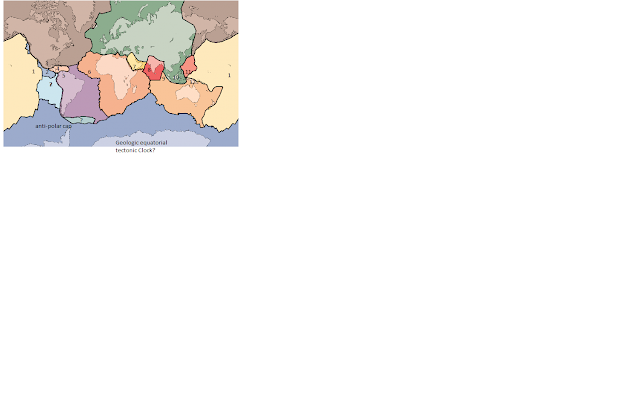 This is from the Vinca/Phoenix/PHuindiux script & zodiac eg. Karanovo zodiac (much older than the one shown at your blog), which originated at the Black Sea Oasis before 7.7ka. deluge swept various people outward to form different groups.

You may be confused on the symbol Y, which was waw, hook; while the sound "Y"  was symbolized by yodh, hand. Interestingly, this yodh corresponds to Eskimo tad(limad) hand and to Malay tangan(lima) hand.

· January 19 at 10:41am ·
It's a long-standing tradition for the sitting president of the United States to leave a parting letter in the Oval Office for the American elected to take his or her place. It's a letter meant to share what we know, what we've learned, and what small wisdom may help our successor bear the great responsibility that comes with the highest office in our land, and the leadership of the free world.
But before I leave my note for our 45th president, I wanted to say one final thank... you for the honor of serving as your 44th. Because all that I've learned in my time in office, I've learned from you. You made me a better President, and you made me a better man.

Throughout these eight years, you have been the source of goodness, resilience, and hope from which I've pulled strength. I've seen neighbors and communities take care of each other during the worst economic crisis of our lifetimes. I have mourned with grieving families searching for answers – and found grace in a Charleston church.
I've taken heart from the hope of young graduates and our newest military officers. I've seen our scientists help a paralyzed man regain his sense of touch, and wounded warriors once given up for dead walk again. I've seen Americans whose lives have been saved because they finally have access to medical care, and families whose lives have been changed because their marriages are recognized as equal to our own. I've seen the youngest of children remind us through their actions and through their generosity of our obligations to care for refugees, or work for peace, and, above all, to look out for each other.
I've seen you, the American people, in all your decency, determination, good humor, and kindness. And in your daily acts of citizenship, I've seen our future unfolding.
All of us, regardless of party, should throw ourselves into that work – the joyous work of citizenship. Not just when there's an election, not just when our own narrow interest is at stake, but over the full span of a lifetime.
I'll be right there with you every step of the way.
And when the arc of progress seems slow, remember: America is not the project of any one person. The single most powerful word in our democracy is the word 'We.' 'We the People.' 'We shall overcome.'
Yes, we can.
And if you'd like to stay connected, you can sign up here to keeping getting updates from me: https://act.barackobamafoundation.org/Keep-In-Touch
See More 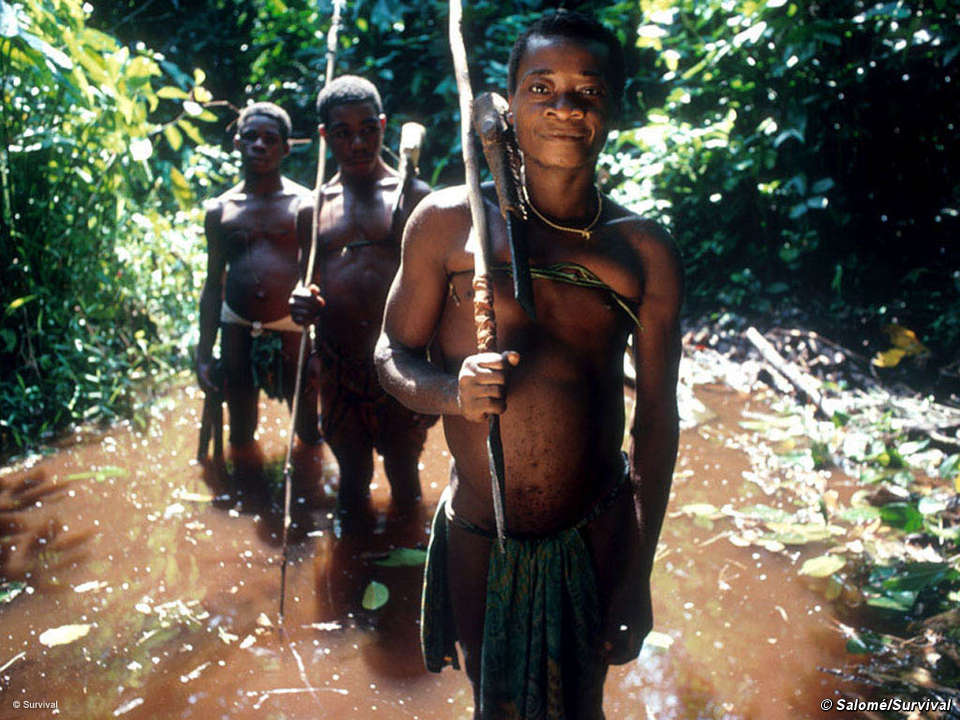 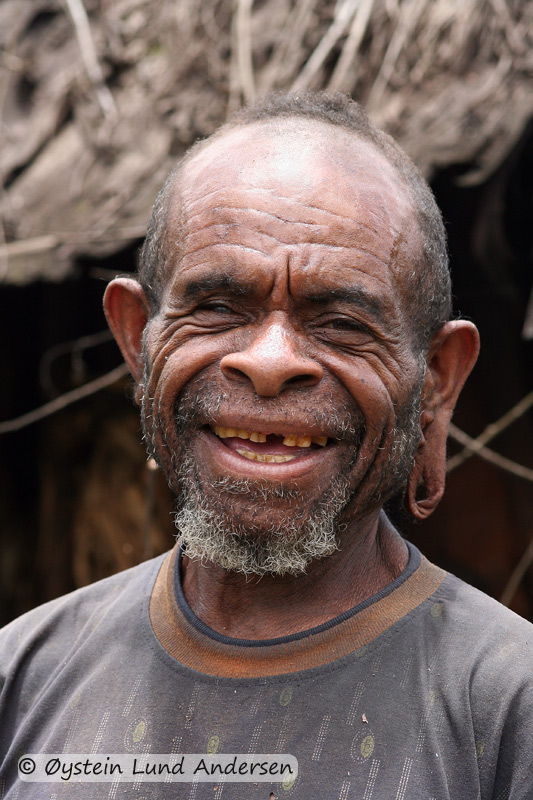 Unfortunately this usually results in loss of rainforest and production of extremely poor variety of cultivated crops, many of which are inedible.

Rainforests are extremely efficient nutrient recycling systems, most nutrients are above one's head.


Rainforest soils tend to be very poor, most of the minerals are in the plants, not underground.


Match up roots to families [English at top], identify A - F are which family below:

the wonder of it all